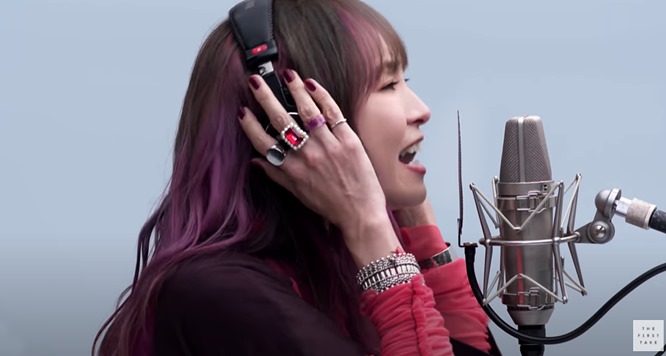 If you think that Japanese singer LiSA having over 12.5 million views on her official music video for her latest release ‘Homura‘ is a big deal, don’t ignore LiSA’s ‘Homura’ The First Take video, which is likely to bring in far more than that 12.5 million views on YouTube by the time it has finished.

Because that video has been up on YouTube for just five days, and has already earned LiSA more than 7.1 million views as of this writing.

No wonder really because, hell, her voice is astounding. Powerful, emotional and without a trace of auto tune in the entire damn thing!

Plus, the song itself is the opening theme song for the just-released anime movie Demon Slayer: Kimetsu no Yaiba the Movie: Mugen Train — a film that is already an enormous hit in Japan, and set to be released in the west soon.

LiSA’s ‘Homura‘ The First Take performance also seemed to surprise the singer herself as, after she had finished singing, she struggled to hold back the tears. 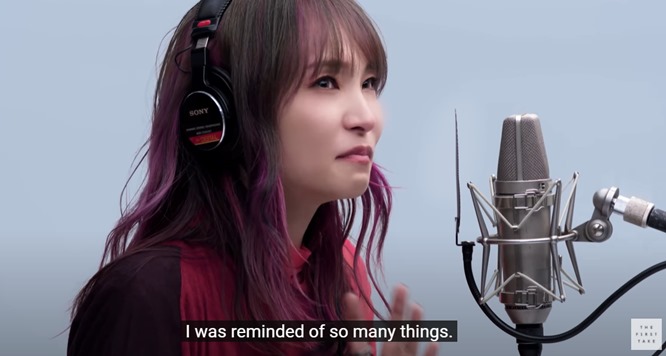 She went on to explain:

I was reminded of so many things. Yes, this song ‘Homura’ is about overcoming different things. How can I put it? You just have to keep on living no matter how hard it gets.

All these emotions I held inside, I kept telling myself to calm down, calm down during the song. I sang it like I would at shows. My breathing, my emotions all went into it.

Then again, LiSA’s The First Take video for her previous song ‘Gurenge’ was just as emotional and powerful.

That song, released on the channel late last year, also earned the highest number of views in the history of The First Take’s channel.

No wonder, then, that they invited her back to sing again. (article continues below...)

Watch LiSA’s ‘Homura’ The First Take video below. It is a one-take performance into a single mic in a completely white studio with no technicians or staff present. Just the artist and the accompanist.

And wow, is she a powerhouse of talent.