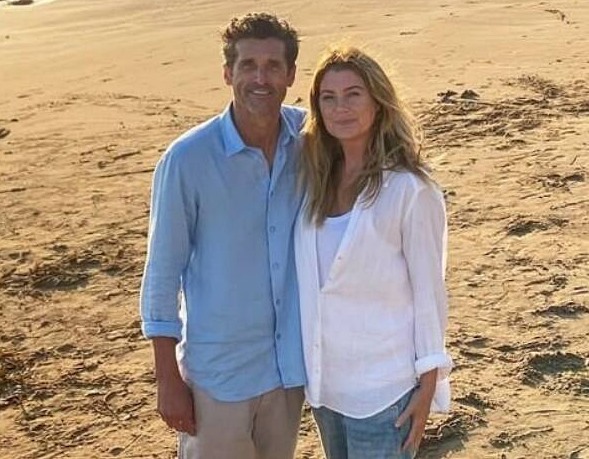 If you watched last night’s episode of the long-running medical drama Grey’s Anatomy, and didn’t already feel like your emotions had been dragged through the wringer by the time it was all over, listening to BANNERS’ ‘Where the Shadow Ends‘ as it played over the end of the episode should have completely done you in.

Especially as we are left wondering if the writers of the show are setting the scene for the exit of Meredith (Ellen Pompeo)?


Although, if that does happen, I doubt the few fans the show still has left will stick around much longer afterwards.

English alternative pop/rock singer songwriter BANNERS’ ‘Where the Shadow Ends‘ was heard at the end of Grey’s Anatomy, Season 17, Episode 3, “My Happy Ending“, which aired on November 19th, 2020. (article continues below…)

Listen to The War and Treaty’s ‘Take Me In’ from Grey’s Anatomy, Season 17, Episode 3

The gorgeous music video for the track was released earlier in the year while most of the UK including BANNERS (aka Michael Joseph Nelson) was in lockdown.

The song itself is the title track from BANNERS’ debut studio album, which was released in September, 2019 via the HOME Music Company label. It was also used in a World of Dance episode back in August.

BANNERS not only produces some of the most beautiful songs, which tend to stick with you long after you first hear them, he has also created what must be an extremely lucrative career licensing those songs for hit TV series.

Just in the last couple of years alone, his songs have been featured on shows like The Royals, Lucifer, American Idol (many times), The Biggest Loser, The Bold Type, A Million Things, The Good Doctor, Suits and Teen Wolf.

Listen to BANNERS’ ‘Where the Shadow Ends‘ in the official music video and on the singer’s debut album below, and you will easily be able to hear why.