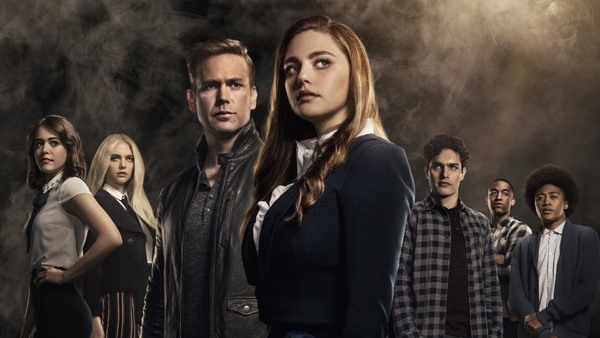 The latest episode of the fantasy drama Legacies aired last night and, as usual, featured some excellent contemporary music on its soundtrack.

Songs like British singer songwriter Charlotte Jane’s ‘Get It Right’, which showed up on Legacies, Season 3, Episode 6, “To Whom It May Concern“, which aired on March 11th, 2021, and played as Hope is having visions of Landon.


East Yorkshire native Charlotte Jane’s ‘Get It Right‘ was released last year as a standalone single via Sony Entertainment Germany.

The song also came with a music video with the singer sitting in a laundromat thinking about how she knew her relationship with the man she loves would fall apart like it now is doing.

The video then flashes back to the couple arguing with Charlotte Jane explaining as she sings that he always promised to do better, treat her better, act better but, of course, he never did.

Instead, she ‘got it right’ with her intuition as to where the relationship was heading, and now she has had enough.

Listen to Raign’s ‘Things Can Only Get Better’ from Legacies, Season 3, Episode 4

And, while ‘Get It Right‘ itself is a gorgeous song, it is Charlotte Jane’s phenomenal voice that makes this song a standout, as she mixes a rich, soul-style of singing with a raw and heart-breaking tone in her voice that absolutely smashes this track into the realm of stunning.

Leaving me to ask why the hell is Charlotte Jane not a massive international success?

Listen to Charlotte Jane’s ‘Get It Right‘ as heard on last night’s Legacies in both that official music video and on the Spotify player below.

Oh, and expect to hear a lot more music from the British singer as she has recently had several songs featured on other hit TV series, so has definitely caught the ear of some of the industry’s most powerful music supervisors.

In fact, this is the second time her music has been featured on Legacies in just a month (listen to her song ‘All My Life‘ featured on Season 3, Episode 5 here).