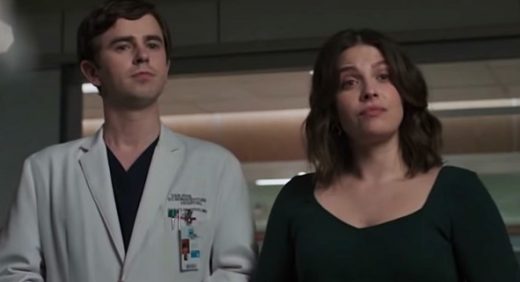 One of the world’s most iconic singers Frank Sinatra’s ‘Why Try To Change Me Now‘ was heard playing on The Good Doctor last night — The Good Doctor, Season 15, Episode 5, “My Way“.

The song was played in the scene where Joan’s niece gets her aunt onto video chat to talk to all the people she has helped.


With the inclusion on the show of Tom Jones’ ‘It’s Not Unusual‘ on the same episode, it seems the music supervisor of the hit show was having a “Let’s go all in on 1950s and 60s songs” nostalgia trip this week.

Not that I’m complaining, eh?

Released twice, once in 1952 and then re-recorded and released in 1959, ‘Why Try To Change Me Now‘ is one of Frank Sinatra‘s lesser known songs.

The song’s lyrics talk about not wanting to change, even though he may not be what the world expects him to be. After all, he loves his life and who he is, just as much as he loves the person he will always love “till the moon’s upside down”.

Listen to Frank Sinatra’s ‘Why Try To Change Me Now‘ from last night’s The Good Doctor in the video, and on Sinatra’s 1959 album No One Cares.

The song initially sounds like a gloomy track but, in reality, is one of self-acceptance and a declaration of undying love.