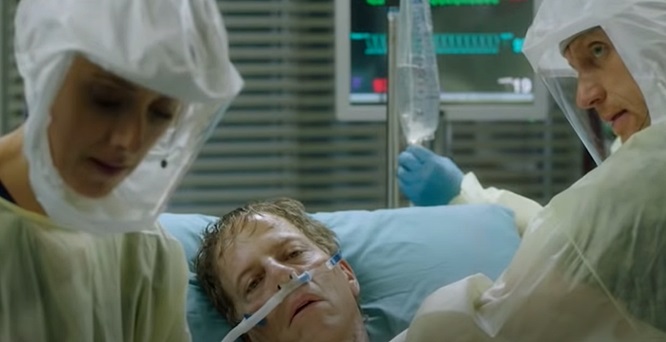 If you watched the promo for Grey’s Anatomy, Season 17, Episode 5, “Fight the Power“, you will have heard American indie folk band Joseph’s ‘Fighter‘. It was the song that played as the doctors are talking about Meredith’s oxygen requirements.

For me, the song stood out far more than the actual episode of a series I am now frankly sick and tired of — milking Covid-19 panic and hysteria as it does.


As for Joseph’s ‘Fighter‘, it is the lead single from the Oregon-natives’ third studio album Good Luck, Kid, and is a perfect choice to promote a long-running show like Grey’s Anatomy, considering the show is often about fighting — illnesses, situations, the administration, people.

Released in September, 2019 via ATO Records, Joseph’s album made it to the #4 spot on the U.S. Heatseekers’ Albums chart as well as to #15 on the Billboard Independent Albums chart.

The band was founded when Natalie was pursuing a career and asked her sisters if they would sing on a project she was working on. It turned out the sisters sounded incredible together and, soon, the band Joseph was born.

They released their debut album in 2014. (continue reading and listen to Joseph’s ‘Fighter’ after the promo…)

The women chose the band name as both an homage to their grandfather Jo and from the town Joseph in Oregon where they often loved to camp.

Listen to Joseph’s ‘Fighter’ from the latest Grey’s Anatomy promo (watch below) in the band’s official music video for the track and on their third studio album (which has a very cool cover, by the way) below.

And yes, those women can certainly sing.