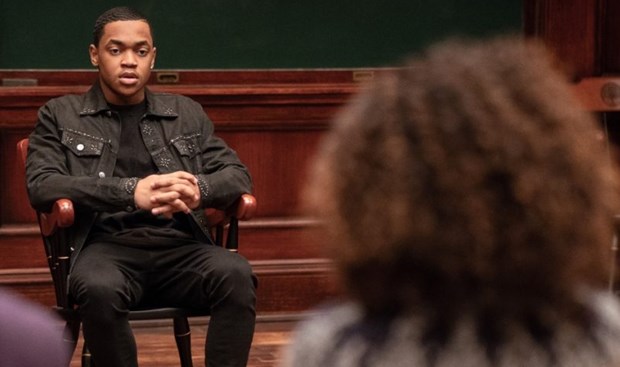 
The track was played during the scene in the strip club.

Lady Saw’s ‘Strip Tease‘ is the title track of the singer’s 2004 fifth studio album — a Dancehall, reggae album that, along with the title track, also featured a number of other sexually explicit songs.

Formerly known as Lady Saw, but performing under her real name Marion Hall in the last few years, the singer has been successful in the music business for well over 30 years.

She has been releasing Dancehall, reggae, soul and R&B music since Lady Saw signed her first major record deal in 1987. Her long-time career eventually led to the release of her hit song ‘Underneath It All‘, in collaboration with American band No Doubt.

That track earned both of them a Grammy Award for Best Performance By a Duo or Group.

From late 2015, however, Hall has released only gospel music under her own name since her conversion to Christianity that year.

She has recorded a total of 10 studio albums and a multitude of singles in her 30-year career, the last two being gospel music albums.

Listen to Lady Saw’s ‘Strip Tease’ as featured on Power Book II: Ghost in the video below.