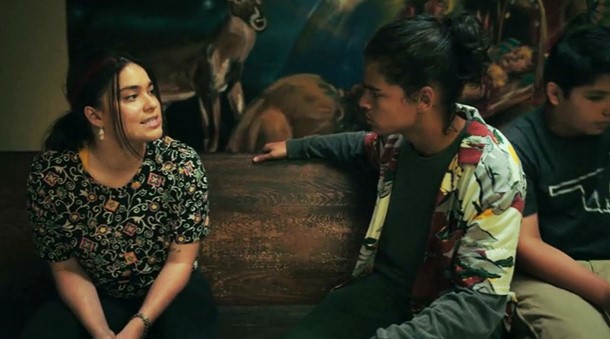 Last night’s Reservation Dogs Season 1 finale continued its use of awesome music on its soundtrack by playing Lee Hazlewood’s ‘Your Thunder and Your Lightning‘, which was heard on Reservation Dogs, Season 1, Episode 8, “Satvrday“.

American country pop singer Lee Hazlewood’s ‘Your Thunder and Your Lightning‘ was first released as a single from his 1977 studio album Back on the Street Again.

It was the singer’s 19th studio album, and came out via EMI Records.

‘Your Thunder and Your Lightning‘ is a fast-paced track that speaks of the life of a singer traveling all over the country and never being able to settle down to one place or one person.

Then he stumbled across this place and this person and, suddenly, felt like their passion (their ‘thunder and their lightning’) had called him home.

Listen to Lee Hazlewood’s ‘Your Thunder and Your Lightning‘ as heard on Reservation Dogs on his double album Poet, Fool or Bum/Back on the Street Again and in the video below.