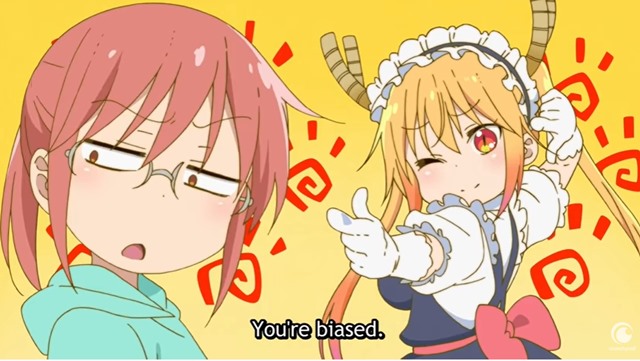 When it comes to any list of the top five anime theme songs you will not forget, obviously they are nothing but one person’s opinion. An opinion that, very likely, will not match anyone else’s that stumbles on the list and reads it.

That being said, here are the top five anime theme songs that have stuck in my mind over the last year.

A year of binge watching more than 250 anime series and movies, but one in which these songs have stood out for me more than any others. 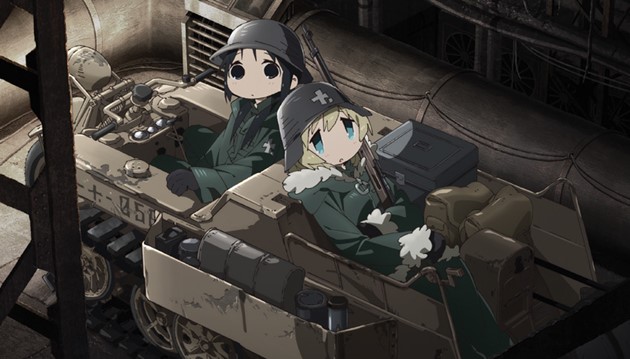 Not only is the Girls’ Last Tour opening theme song ‘Ugoku, Ugoku‘ (Moving, Moving) one of my favorite all-time anime theme songs, it also comes from an anime I have not been able to forget since the last scenes played.

Because, while the two female protagonists in the series — Chito and Yuuri — are tough, smart, funny and interesting, you also know as the series comes to an end they are probably only going towards certain death as they continue on to the top level of the city.

And that is beyond heart-wrenching, as you have grown to love them so much.

It portrays the emotions of two young women who, if they had been born at a different time, would be going to university, hanging out with their friends, dating and falling in love.

Instead, they are possibly two of the last people alive on earth, may not be alive for much longer, and only have each other to look out for them. 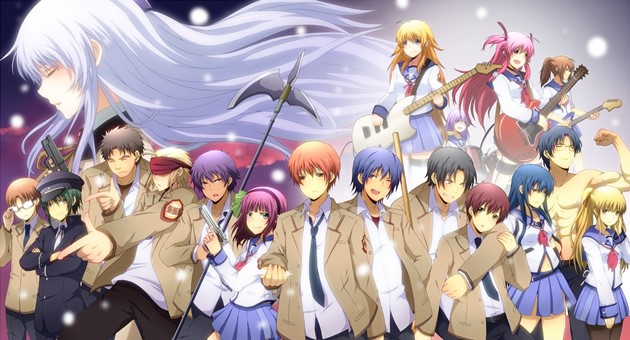 The Angel Beats! anime series was one that took a couple of episodes for me to get pulled into. But, man, once I did I could not let this one go. Even after I the last episode and the two OVAs were over.

Because the idea of being trapped in a limbo world fighting, until you finally realize you need to figure out what is holding you back, is something many of us think about when it comes to eventually departing this life.

After all, we all have regrets and some of them are extremely troubling.

Watch the series on Crunchyroll.

The feel of ‘My Soul, Your Beats‘ by Lia embodies that feeling perfectly, and her voice is so beautiful it will make you cry.

And yes, I cried like a crazy person when Kanade moves on leaving Otonashi behind in limbo and alone. 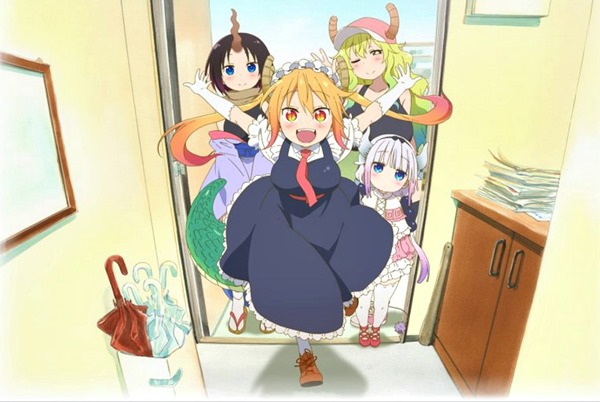 Miss Kobayashi’s Dragon Maid was one of the first anime series I watched and thank heavens it was, as I fell so in love with every character in it (but especially Kanna!), I couldn’t wait to start watching more anime so I could feel that delight again.

The Miss Kobayashi’s Dragon Maid opening theme song, ‘Aozora no Rhapsody‘ (Blue Sky Rhapsody) by Fhána is one of the top five best anime opening theme songs as it is just so full of energy, happiness and fun and, every time I hear it, I just want to dance.

Pair it with that fabulous opening animation with those wonderfully quirky characters dancing themselves, and ‘Aozora no Rhapsody‘ is perfect.

Even if, nowadays, listening to the song also gives me a feeling of immense sadness after the director of the superb series, Yasuhiro Takemoto, became one of the victims of the Kyoto Animation arson attack last year.

And, now, we will never know what he planned for the second season of this amazing anime.

You can watch Miss Kobayashi’s Dragon Maid on Crunchyroll. 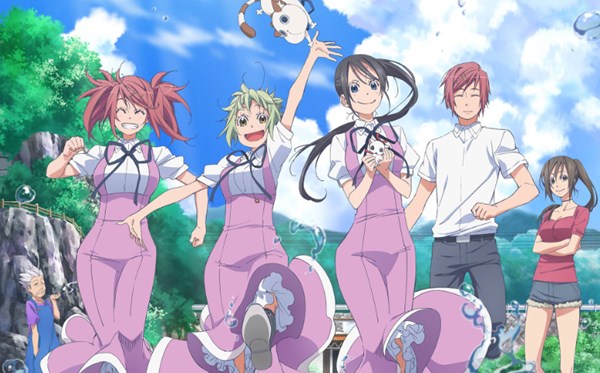 Amanchu! was an anime I almost stopped watching at least 10 times during the first few episodes. I detested the constant over exaggerated chibi faces, Hikari blowing that whistle made me want to cram it down her throat and Teko was so frightened of everything I felt like slapping her.

What saved it for me was the Amanchu! opening theme song, ‘Million Clouds‘ by Maaya Sakamoto because it is so incredibly beautiful. One of those old-fashioned, romantic songs whose gorgeous melody worms its way into your head and will not let go.

In fact, I must have listened to ‘Million Clouds‘ a hundred times, and sung it myself even more. It is gorgeous and just one more of Maaya Sakamoto’s songs that will make your day even better.

Amanchu! is available for streaming on Crunchyroll. 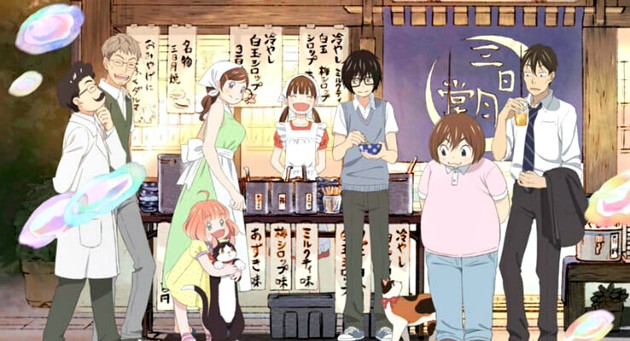 The song is called ‘Goodbye Bystander‘ (Sayonara Bystander) and is sung by the amazing Yuki Isoya.

And if it wasn’t already enough that I loved it, once I had stumbled across Yuki in concert performing the song live in front of a full orchestra with the most fabulous live vocals, I adored it (and her) even more.

Sadly though, Fuji TV filed a copyright claim against the performance and it was removed from YouTube, so you will have to make do with the original version instead.

Watch both seasons of the anime on Crunchyroll.