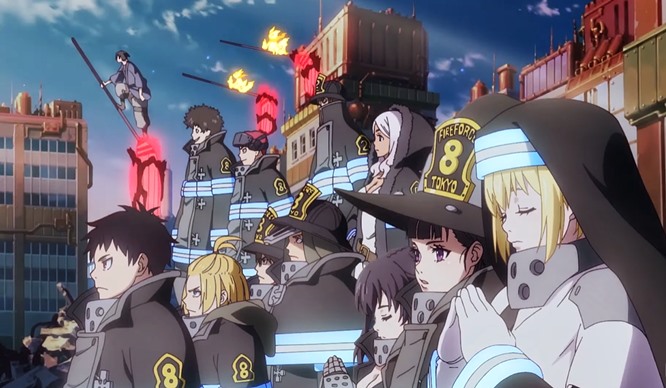 I have got to admit, I have been more than just a bit partial to the Fire Force Season 2 opening and ending theme songs. All have been high-energy fun pieces that, to me, have illustrated both the story and the characters in Fire Force 2 perfectly.

That’s why the Fire Force 2 second opening theme song, ‘Torch of Liberty‘ by KANA-BOON, is the third out of the four theme songs featured on the second season of this superb anime series to be added to Leo Sigh’s Best Anime Songs list.

After all, ‘Torch of Liberty’ is full of power and fire, has a banging beat, raw, cool vocals and an addictive chorus — just what I look for in a damn good theme song to add to our list.

Pair it with the show’s wild opening animation and, yep, you’ve got a winner. (article cont. below…) 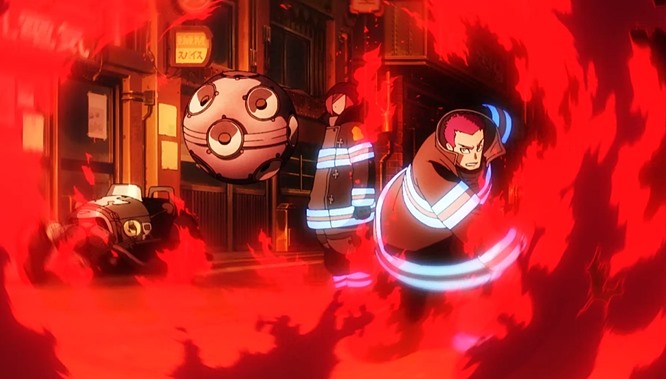 Plus, Japanese indie rock band KANA-BOON always provides an anime-perfect song whenever they are chosen to be the artist to perform a theme song.

Take the tracks they provided for Season 4 of My Hero Academia, and the fourth opening theme song for Mobile Suit Gundam: Iron-Blooded Orphans.

Banging. Both of them. And this latest one is no different.

Sad news today from KANA-BOON themselves, however, as the band has just announced they will be going on hiatus due to lead singer and guitarist Maguro Taniguchi being in ill health.

That means planned concerts this year have been cancelled.

As disappointing as that will be to many fans, listen to the Fire Force 2 second opening theme song ‘Torch of Liberty‘ by KANA-BOON in that awesome animated opening below, then tell me that, at least, is not magic!