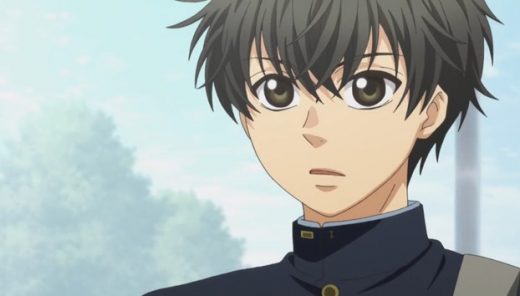 How old is Ren in Super Lovers?

Every time I watch a new anime, I am constantly pausing it to find the answer to questions I have about the characters.


So, I thought it would be a good idea to write articles about any question I have as I watch my favorite anime.

After all, if I have an anime question I would like an answer to, chances are thousands of other people have the same question too.

Kicking off the first post then, is this question “How old is Ren in Super Lovers, and what is the age difference between Ren and Haru?’

How old is Ren in Super Lovers?

The slice of life, yaoi (Boys’ Love) anime Super Lovers stirred up some controversy when it first aired as one of the main characters in the gay relationship, Ren, seems to be much younger than Haru, the other main character.

How old is Ren? Is he much younger than Haru? And how old is he when the pair finally get together in a romantic relationship?

When the anime begins, Ren Kaidō is just a child who is living with Haru’s mother in Canada. At the start of Super Lovers then, Ren is eight years old.

That means the age difference between Ren and Haru is eight years.

That’s why, when Ren arrives in Tokyo after deciding he wants to live with Haru the first time, he is now 14 years old and Haru is 22.

Ren looks much younger than his age, however, as he is quite small in stature and has a slight build.

While it may seem Ren and Haru are in a romantic relationship by the time they both move in with Haru’s brothers, Aki and Shima, that is just because Haru likes kissing Ren on the lips.

But it is Ren himself that causes them to enter a romantic relationship by finally confessing his own feelings to Haru.

That situation arrives right before the end of Season 1 of the anime series, and Ren is 16 years old. 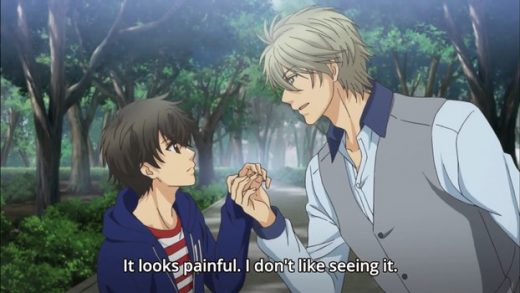 The Age of Consent in Japan

Finally, one thing I notice about many western anime fans, Americans in particular, is they are always trying to force the morals and values of their societies on those of Japan.

A country whose age of consent is lower than most western countries.

That is why, when an anime character is 22 years old and in a relationship with a 16 year old, this isn’t ‘pedophilia’ and it isn’t inappropriate.

Not in Japan, where the age of consent for someone to enter into a consensual sexual relationship is 13 years old.

And before western fans start throwing around Japanese law, saying the age of consent is different in different prefectures, which it is, there is still a law on the Japanese books that says, even if the age of consent in a particular prefecture is 16 years old, for instance, if the couple are in a ‘sincere romantic relationship’ and both are age 13 or older, this is entirely legal.

In other words, for God’s sake, stop forcing your moral outrage on other countries that don’t do things the way your country does. It’s annoying.

Particularly because some of you have the mistaken idea your morals are ‘superior’ to those in Japan. News flash — in most cases, they’re not.