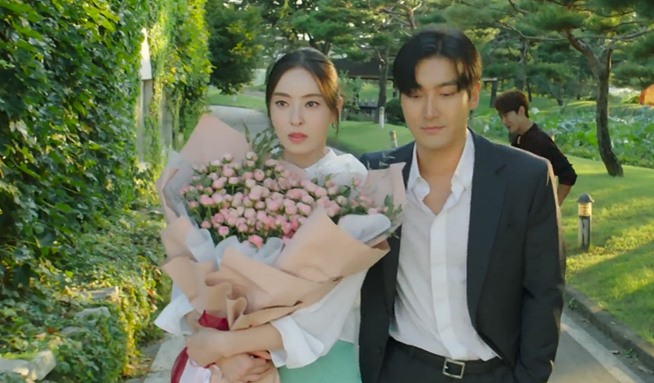 With Choi Si Won being such a superb actor, I often forget he started out his career in the entertainment world in the massively successful K-pop boy band Super Junior.

I remembered that this week though, as I was listening to an utterly cool and very upbeat song from the currently airing Korean drama Love is for Suckers. The drama Choi Si Won is currently starring in alongside Lee Da Hee.


A song that was released by both artists for the Love is for Suckers soundtrack.

That song is ‘I Want Love‘ by Lee Da Hee and Choi Si Won. A song that is incredibly cute. Especially as the two actors’ voices work so well together.

What is Love for Suckers?

The Korean drama Love is for Suckers tells the story of two friends who have known each other for years but, now in their 30s, are not particularly happy with their lives.

Park Jae Hoon (Choi Si Won), a plastic surgeon who used to be a neurologist, until a tragic accident caused him to run away from his career, and Goo Yeo Reum (Lee Da Hee), an entertainment producer who is dissatsified both with the direction her job is going in, and her lack of a decent love life.

Of course, as you might expect, Park Jae Hoon and Goo Yeo Reum begin to have complicated feelings for each other.

Feelings that only become stronger after Goo Yeo Reum persuades Park Jae Hoon to be one of the cast members of a dating show she is helping produce.

RELATED: The Solutions’ ‘Like Breeze‘ is another pretty song from the Love is for Suckers soundtrack

Love is for Suckers is currently airing on ENA in Korea, and on Viki outside Korea.

Watch the official music video for ‘I Want Love‘ by Lee Da Hee and Choi Si Won featuring scenes from the show. Then watch the drama on Viki.

Oh, and if you enjoy a good rom-com that is more rom than com, I highly recommend Love is for Suckers. It has been one of my faves of this year.