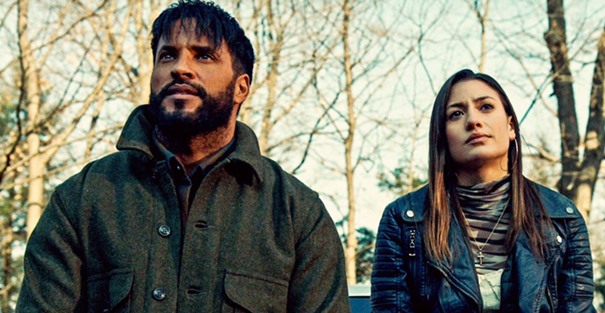 The track is from the group’s third studio album We Are the Halluci Nation. An album that was built around the concept of social justice, and was inspired by the Native American rights activist and musician John Trudell.

The album was critically acclaimed and was eventually nominated for Best Canadian Album of the Year by the FM network CBC Music. It was also shortlisted for a Polaris Music Prize, and was named Top Canadian Album of 2016 via CBC.

A Tribe Called Red was founded in Ottawa, Canada in 2007.

The group or duo currently comprises Tim “2oolman” Hill, who is Mohawk of the Six Nations of the Grand River and Ehren ‘Bear Witness’ Thomas of the Cayuga First Nation.

It began as a music project to provide modern-day pow wow music in the clubs in Ottawa, with then group members DJ NDN (aka Ian Campeau), Bear Witness (aka Thomas Ehren Ramon) and Dee Jay Frame (Jon Limoges) using traditional Native American pow wow music, and then mixing it with electronic music to create a unique sound.

Since its founding, the group has released three studio albums and four EPs.

They have also seen their music gaining ever increasing attention from music supervisors of hit TV series in the last few years, with A Tribe Called Red’s songs appearing on shows like Narcos, Kipo and the Age of Wonderbeasts, Diggstown, 9-1-1, Chance and I Hate Suzie.

Listen to A Tribe Called Red’s ‘Electric Pow Wow Drum’ as heard on American Gods in the video and on the group’s nine-track album We Are The Halluci Nation below.

That beat is hypnotic.