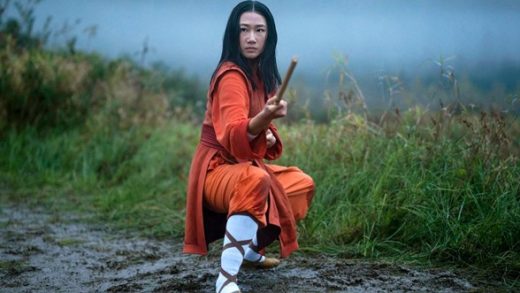 The song was the last song played on the episode.


Ingrid Michaelson’s ‘Stay Right Where You Are‘ first came to the public’s attention when it was released on the soundtrack of the 2017 movie The Space Between Us.

A movie that was an enormous box office and critic bomb, but with ‘Stay Right Where You Are‘ becoming a standout from the film.

And a song that was one of two Michaelson tracks featured in the film.

She has also had her music featured on the soundtracks of hit shows like Little Fires Everywhere, Pretty Little Liars, The Vampire Diaries, and the British drama The Last Letter from Your Lover.

No surprise there, as her songs are often those that stick in your head long after they end.

Listen to Ingrid Michaelson’s ‘Stay Right Where You Are‘ from Kung Fu on The Space Between Us soundtrack and in the video, and you will hear that with this song as well.