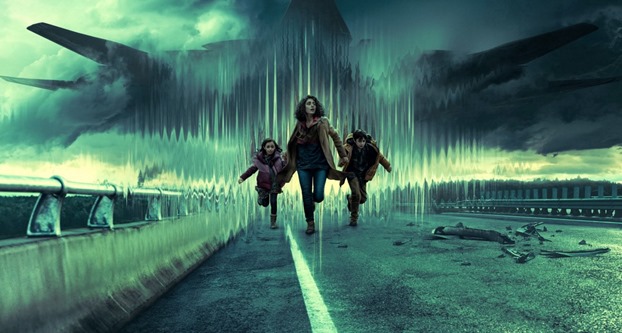 While the Invasion theme music by Max Richter is short, it is also quite beautiful.

Full, as it is, with heart-rending violins and cello.


The piece is also typical of Richter, a German British composer and pianist who has to be one of the most prolific composers on the planet, and who creates some of the most beautiful, most emotion-grabbing music you will ever hear.

Music like his re-composition of Vivalid’s Four Seasons, which was used in Season 2 of the royal drama The Crown.

Or his stunning piece ‘On the Nature of Daylight’.

A gorgeous track that is is on so many critics’ list of the best contemporary music, and one that has been used on TV shows from The Handmaid’s Tale and Peaky Blinders to Black Mirror and The Good Doctor, and in the movie Shutter Island when it was mixed with Dinah Washington’s ‘This Bitter Earth‘ to create something wonderful.

With the Invasion theme music, Max Richter does the same thing again — creates a huge, dramatic piece of music you won’t quickly forget.

Invasion itself is a new sci-fi drama series that premiered on Apple TV+ yesterday. It follows the lives of different people around the world as they deal with the after effects of an alien invasion.

The first three episodes of the series are currently available on Apple TV+, with the next one in the 10-part series arriving on October 29th.

Listen to the Invasion theme music by the incredible Max Richter in the video, and on the Spotify player below.

The series isn’t faring so well when it comes to critics or fans, but at least it comes with Richter’s stunning music to lessen the blow.