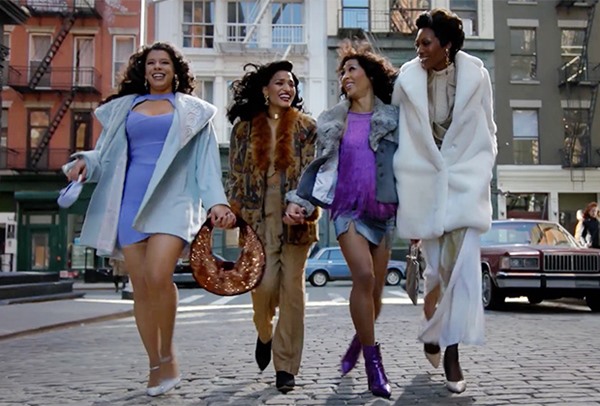 The classic disco track Odyssey’s ‘Native New Yorker’ was featured on the FX drama series Pose last night — Pose, Season 3, Episode 3, “The Trunk” — which was aired on May 9th, 2021.

The 12″ Disco Mix of the track was heard on the episode as Elektra is with a friend on the pier.

The Odyssey version of the song is a cover of the original Franki Valli track, which was released in early 1977 on his album Lady Put the Light Out.

Odyssey’s cover was released a few months after the original and was a big hit on U.S. dance and soul charts, as well as on the UK Singles Chart.

The track also charted in Canada, New Zealand and Ireland.

The Odyssey version, however, has remained the most popular, with music supervisors choosing the three-member soul dance band’s song for feature on the soundtrack of show’s like Good Times, and on the movies The Nanny Diaries, 54 and Eyes of Laura Mars.

Listen to Odyssey’s ‘Native New Yorker‘ as heard on Pose on the deluxe edition of the trio’s self-titled album below.

Pose is currently on its third and final season, and can be watched on FX.