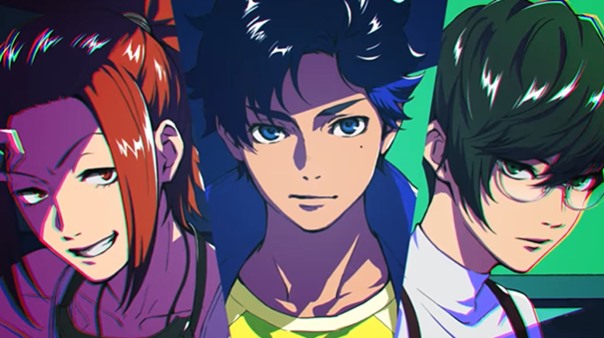 I have to start this by admitting I have not seen either JoJo’s Bizarre Adventure or STEINS;GATE.

Anime sacrilege, I know, but as both anime are on my incredibly long list of series to see I will get to them eventually.

I only mention both iconic anime series today as news is out from Aniplex this weekend of a brand new original anime that is a collaboration between the director of JoJo’s Bizarre Adventure, Naokatsu Tsuda, and STEINS;GATE‘s visual novel author Baio Shimokura.

In other words, if it has these two anime legends involved in the series, it is likely to be very very good.

The anime, by the way, will be called Tokyo Twenty Fourth Ward, and it is set in a fictional Tokyo ward.

The story follows three friends who drifted apart after they grew up, then reunite after they experience a strange event. 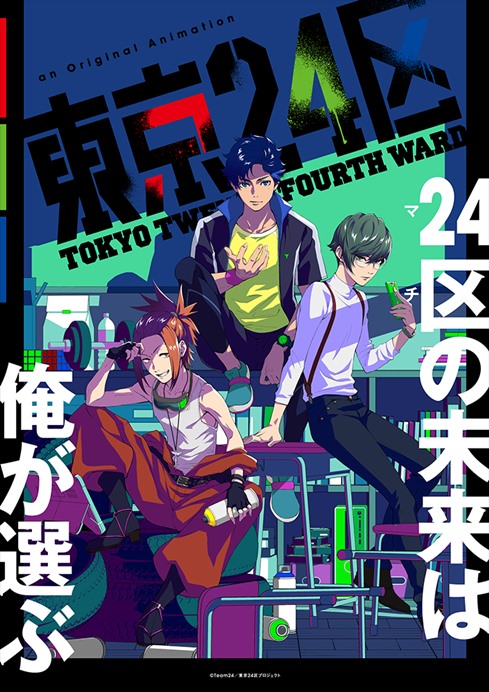 As if I wasn’t intrigued enough by the mention of JoJo’s Bizarre Adventure and STEINS;GATE, I would have gravitated towards Tokyo Twenty Fourth Ward anyway, once I saw the just released visual (see above).

It is the first Tokyo Twenty Fourth Ward visual released and, man, it is absolutely gorgeous. I mean look at the color palette that has been used in it, and look at those beautiful character designs!

The new Tokyo Twenty Fourth Ward visual features the anime’s three friends —  Shuta Aoi, Ran Akagi and Koki Suido — against a gorgeous backdrop and foreground of stylized lettering, while all three are casually perched on chairs or a bookshelf looking playfully into the eyes of the viewer.

The drawing itself is stunning. The colors are beautiful.

The main cast of Tokyo Twenty Fourth Ward has also been announced along with the visual release.

One reason why these characters look so amazing already, too, is that Takahiro Kishida (JoJo’s Bizarre Adventure: Golden Wind) is adapting them for animation.

A video introducing the anime’s main cast and characters was also released alongside the Tokyo Twenty Fourth Ward visual, which you can watch below.

Yep, if the art style and color palette is anything like these releases, this anime is at the top of my list to see.

Tokyo Twenty Fourth Ward is set to premiere in January, 2022.