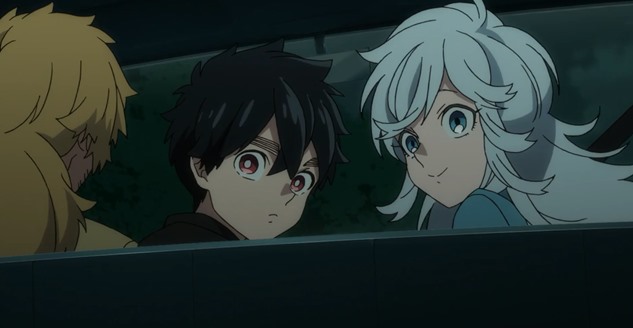 Kemono Jihen Episode 8, “Truth” picks up where Episode 7 left off with the Kemonoists and Nobimaru in the forest.

Shiki has learned it was his Uncle Akio that had been artificially inseminating his mother in an attempt to create a golden webbing he could get rich from selling, and so he now has him suspended from a tree and is threatening to kill him.

Akio asks Inugami if he is fine with the children killing someone. Inugami replies, if it is necessary, he has accepted it.

Akira arrives. He is angry and crying because he was left behind after Shiki ran off into the woods, and Kabane and Nobimaru gave chase.

Suddenly, a strange-looking Kemono appears and is going to attack Akira but Inugami fights it off. In the process though, he is poisoned, and then both he and Akira are dragged off by the Kemono.

Meanwhile, more and more monster-like Kemono appear in the forest and surround Kabane, Shiki and Nobimaru. It is then Akio tells Shiki the Kemono are his siblings — all birthed by his mother during Akio’s experiments.

Several of them then release Akio and lower him to the forest floor where Akio tells Shiki the Kemono are clever and can speak. They then begin speaking just like Shiki’s mother, telling him in her voice that they love him.

Shiki begins to cry and call for his mother, with Nobimaru commenting “Oh, he’s finally snapped”.

Kabane then asks Shiki if there is anything he can do, and Shiki replies hysterically “Help me”.

Out in the forest, Inugami and Akira are surrounded by the monster-like Kemono and, with Inugami poisoned he is unable to produce the gun that normally appears at the end of his finger. To fix the problem, he asks Akira to freeze his arm so the poison stops spreading, which Akira immediately does.

Suddenly, the young girl Shiki saw in the gift shop appears and tells the Kemono not to hurt Inugami and Akira. When they ask who she is, she replies, “Come with me. You want to heal your arm, right?”

She then takes them to a hidden stream she says can heal anything and tells Inugami to put his arm in the stream and to drink it. When he does, the poison disappears.

She explains she knew it would work, as Kemono that are sick were healed after they drank the water. 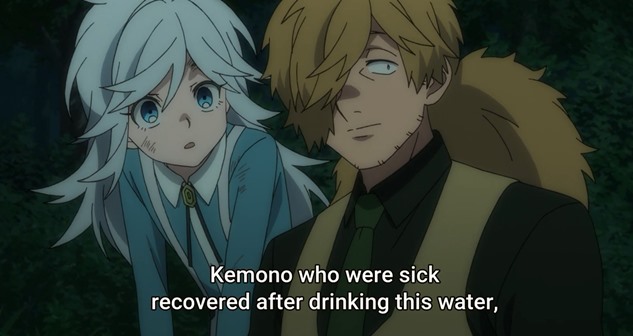 Kabane, meanwhile, is killing the monster Kemono that attempt to hurt him and Shiki and, when Akio asks him how he can so easily kill Shiki’s brothers and sisters, he says he only kills the ones that attack them.

Akio then calls forth an enormous Kemono with the goal of killing Kabane and Shiki. Kabane begins to fight it, while Nobimaru starts to burn all the Kemono attacking him.

Shiki then screams “Kabane, destroy everything he built. Everything”, and Kabane leaps in for the kill.

Back at the stream, the young girl is asking Inugami to not allow Kabane to kill Akio, as there is something she must ask him. 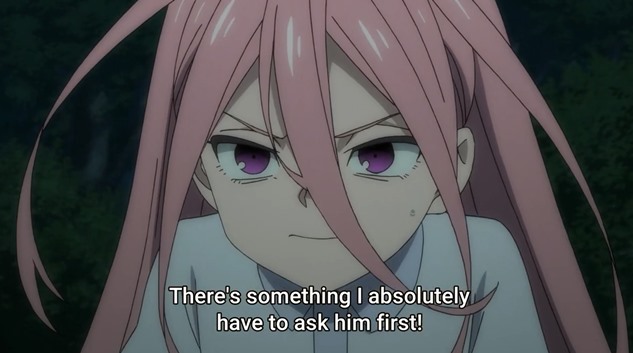 By now, however, Kabane has killed all the Kemono and, while he himself is missing an arm, he now heads to Akio, regenerates his arm and throws Akio towards Shiki asking him what he should do. After all, there is nothing left to defend Akio, so they can easily kill him.

But Shiki tells him he has now realized, even if they kill Akio, it still will not bring his family back.

It is at this point the Inugami, Akira and the girl arrive. Akio sees her and yells “Aya. I told you to stay out of the woods”, but the girl (Aya) shouts “Oh be quiet. You’re not getting out of this, so at least let me do as I like’.

She then asks, “Where did you hide the cocoon that I made?” 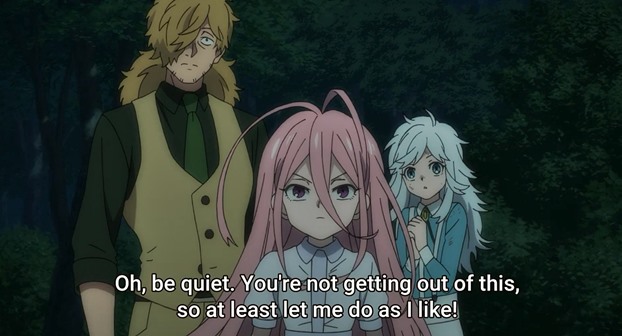 Akio realizes, as long as Aya does not know where the cocoon is, his life is safe and she will not leave him.

Aya tells Shiki she cannot tell him who she is, as she believes he will reject her. Once they have found the cocoon, though, she will tell him. It is then Inugami offers to help her find it. After all, he is indebted to her, as she saved his life.

Being a detective, Inugami also knows how to help her find the cocoon, so he calls Mihai the vampire back at their office and asks him to check anything suspicious in Akio’s database. Mihai tells him he doesn’t need to as he knows the places Akio always checks, and one of them is the spring Aya just took them to.

Aya begins to run to the spring with Akio screaming “Aya, stop. Stop. Stop”, but Aya keeps on running as she realizes why the spring could heal people. It is because part of the cocoon had dissolved into the spring.

As she is about to dive into the stream, however, Shiki appears, grabs her and says “No, you’re just a kid. You’ll drown. I’ll go instead”, and he dives to the bottom of the spring and into an underwater hole in the bank.

It is there he sees his mother wrapped in a cocoon.

Shiki drags his mother to the bank and shouts at Aya, “Is she still alive?”. Aya nods that she is. She then explains to Shiki she is Tademaru Aya and that she is the golden webbing.

She is also Shiki’s sister. 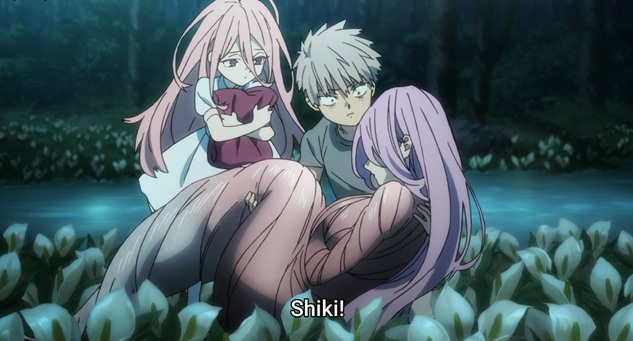 As Inugami and the rest of the group arrive, Shiki and Aya are huddled over the cocooned body of their mother. It is then Akio admits he would not kill her as Aya, the golden webbing, will not leave while her mother is there.

Kumi, her mother, is also insurance in case anything happens to Aya.

But as he starts to say the mechanism for mass production of the golden webbing was also in place, Shiki hits him and shouts “Don’t ever treat us as things again”.

Inugami then tells him to take his mother to the car.

Before he leaves, Shiki tells Kabane he will not kill Akio as not being able to leave his work behind will be a fate worse than death for him. Besides, if Akio tries to do more experiments, Inugami knows where he is and will stop him.

Shiki then grabs Aya’s hand and tells her she is going with them too.

As the group is leaving, Kabane realizes Nobimaru must have slipped away.

The episode ends with Akio talking to himself about the Kemono still left in the woods, and how he can find one that will let him make more golden webbing.

It is then Nobimaru appears and tells him his fate was sealed the minute he crossed a kitsune (Nobimaru). He then burns him to death. 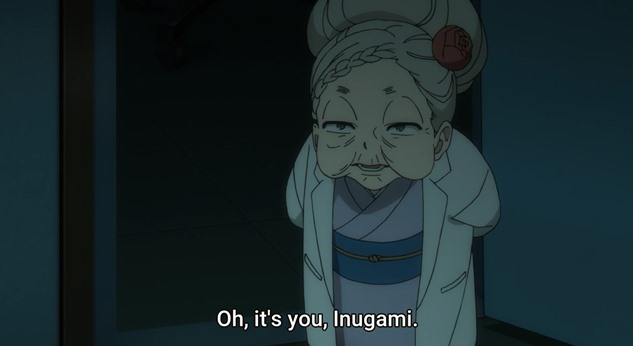 The last scene shows the group arriving at a Tokyo clinic where Inugami plans to leave Shiki and Aya’s mother so she can rest and recover. An old lady answers the door and recognizes Inugami immediately.