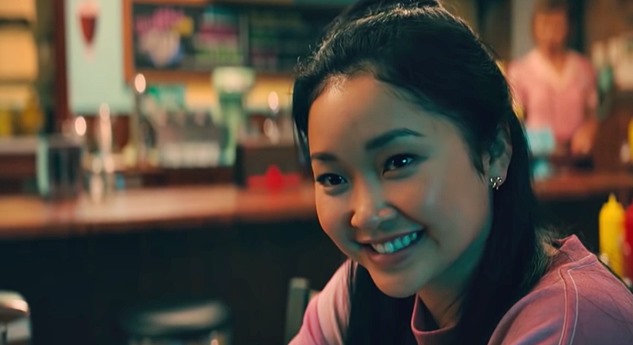 The new Netflix teen drama To All The Boys: Always and Forever, Lara Jean is one of the best movies released this year so far when it comes to the music used on its soundtrack.

Music like Los Angeles-based indie synth pop band Laureline’s ‘I Love You‘, which was played on the soundtrack as Lara Jean and Peter finally reunite after Lara Jean gets back from Korea.

Laureline’s ‘I Love You‘ is the trio’s debut single.

The song was released in early 2018, and then re-appeared on the band’s 12-track debut album Wash, which was self-published by the trio a year later.

Around the time the album was released, Laureline also uploaded a gorgeous music video of the trio performing the song.

Called a ‘slow session’, the track is much less of a slow dance number and more of a relaxing over a glass of wine while cuddling up next to the one you love the most kinda song.

Listen to Laureline’s ‘I Love You‘ as heard on To All The Boys: Always and Forever, Lara Jean on the album and in both video versions below. It really is a gorgeous track.

And for more awesome songs from the same film, a film that is likely to be a big hit on Netflix, check out Betty Who’s ‘I Love You Always Forever‘, Peter Manos’ ‘In My Head‘, Emmit Fenn’s ‘Until We Leave the Ground‘ and The Greeting Committee’s ‘Beginning Middle End‘ as well.