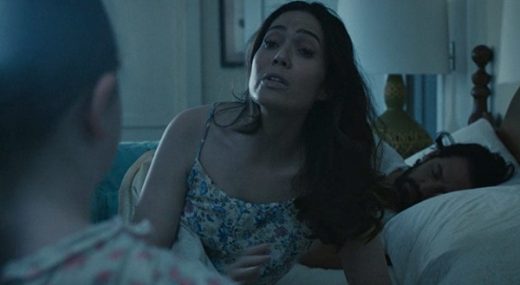 American indie pop artist SYML’s ‘Here Comes the Sun‘ was played on the drama series This Is Us this week — This Is Us, Season 6, Episode 16, “Family Meeting“.

The mellow Beatles cover song was heard during the montage of Rebecca and Jack and their three children — Kevin, Kate, and their adopted son Randall.


It is one of a slew of songs SYML has had featured on hit series — shows like Grey’s Anatomy, Killjoys, The Originals and Virgin River.

SYML’s ‘Here Comes the Sun‘ was originally recorded by the singer a couple of years ago for a Nike China commercial.

He then released a goose-bump inducing music video for the song for Earth Day the same year.

The ‘Here Comes the Sun‘ music video was filmed by SYML fans all over the world. Fans who just wanted to show what a beautiful world we live in, and what glories there are to behold if you only take the time to look.

The original song, by the way, was released by The Beatles in 1969 on their now-iconic Abbey Road album.

Listen to SYML’s lovely cover of ‘Here Comes the Sun‘ as played on This Is Us in the song’s music video, and on the Spotify player.