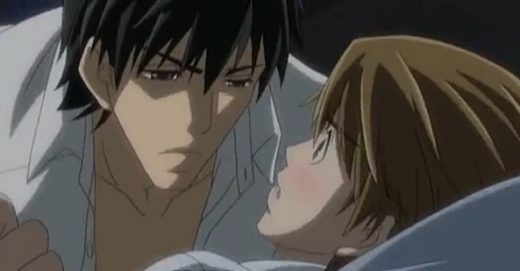 They are the couple with the biggest age difference, and also the only couple in Junjou Romantica where one of them was heterosexual before falling in love with someone of the same sex.


What is the age difference between Miyagi and Shinobu, though, and is their relationship ‘appropriate’?

What is the age difference between Junjou Romantica‘s Miyagi and Shinobu?

The relationship between Miyagi and Shinobu is covered in Junjou Romantica in the sections named ‘Junjou Terrorist‘.

Named, thus, because Miyagi thinks Shinobu is acting like a terrorist the first time he confesses to him. 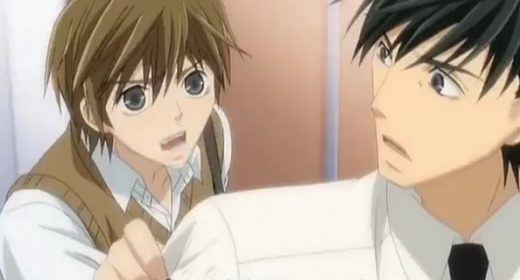 That’s because, when Shinobu confesses his love for Miyagi and calls it ‘destiny’, Shinobu is just 18-years-old while Miyagi is 35.

That makes the age difference between them around 17 years.

Is the relationship appropriate then?

Sure, why wouldn’t it be?

Related: When does Misaki tell Usagi-San he loves him?

After all, both men are adults, even if Shinobu is much younger than Miyagi.

Plus, it was Shinobu who chased after 35-year-old Miyagi, with Miyagi being the one who finally gave in.

As an age difference means nothing in a relationship, as long as both people are adults and love each other, then there is nothing inappropriate about Shinobu and Miyagi’s relationship at all.